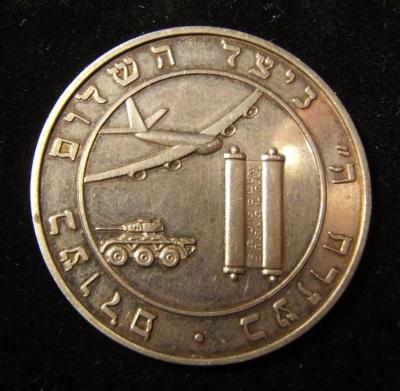 caption:
The front / obverse depicts flag of Israel with sword and olive branch on either side and a variation of the French national motto ("Liberty, Brotherhood, Equality) rendered here as "Freedom, Peace, Brotherhood", the Hebrew word "Bazak" ("swift") and "Under the Star of David, Campaign of 6 Days" and the period underneath;

Description
Possibly issued by French-Jewish volunteers in the war effort (a common practice in 1948, 1967 and 1973 on the part of Jewish and non-Jewish concerned parties).